Best Places to visit in the World

There are unlimited best places to visit in the world. This world is very beautiful and there are larger numbers of tourist attractions which appeal every tourist in this world. Beauty is shattered in different forms. There are beautiful mountains, stunning valleys, deep lakes, High glaciers, long costal lines, deserts, Rivers, water falls, Jungles, attractive islands, hard wildlife and different type seas. Every location of this world is different from other locations similarly beauty of every point is different from other.  Some people like glaciers and feel pleasure to visit beautiful valleys and hill stations but some like jungle safari and enjoy wild life.  Company of forest animals makes them happy. Some like to travel in the desert while some love sea travelling. But there are large numbers of people who love and like to visit every beautiful point of this globe. There is no shortage of panoramic views in this world but some destinations, some locations and some points are known as everlasting and memorable and visit of that points may be life time experience of any visitor of the world. There are large number of stunning mountains, valleys and glaciers on this globe. Millions of tourist travel toward different hill stations to get pleasure and to see panoramic view. Regarding tourist point of view there are different mountain ranges and different stunning tourist destinations in these ranges which appeal and attract tourist in different countries of the world. 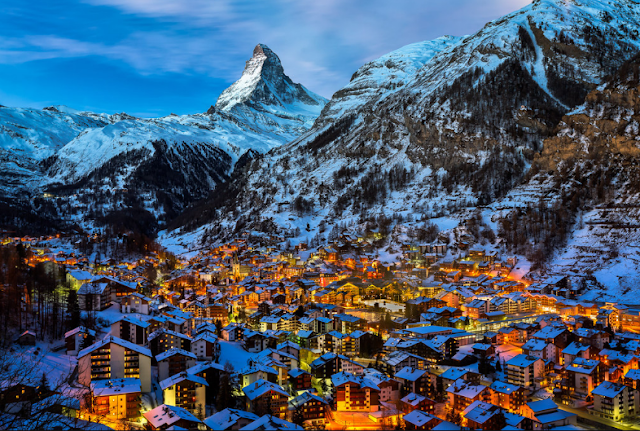 Swiss people have made the Switzerland as most beautiful country of the world. It is located in central Europe and is bordered with France in West, Italy in the south, Australia and Liechtenstein in the east and Germany in the North. Numbers of visitors visiting the Switzerland are more than visitors of any country of the world. Govt. has provided best facilities to the tourists to reach at highest points of the Switzerland. Best tourist train Glacier Express is in Switzerland which links Zermatt to St. Moritz. This 9 hours travelling is life time experience. Swiss govt. has provided the cable and chair lift to reach at highest mountains. Govt. has started Bombardier train to facilitate the tourist. Swiss govt. has blocked traffic to save these beautiful areas from pollution. Best valleys and glaciers to visit in Switzerland are

New Zealand is the dream destination for many tourists of the world. Sparkling coves, Snow-capped peaks, fish-filled rivers coastal glaciers, fjords and rainforests Appeal a large number of tourist of the world to visit the New Zealand. Beautiful mountain vistas of new Zealand are also famous all over the world.
Great activities of New Zealand are White water rafting, skydiving, jet boating, mountain biking, luging and heli-skiing.
Best places to visit in New Zealand are 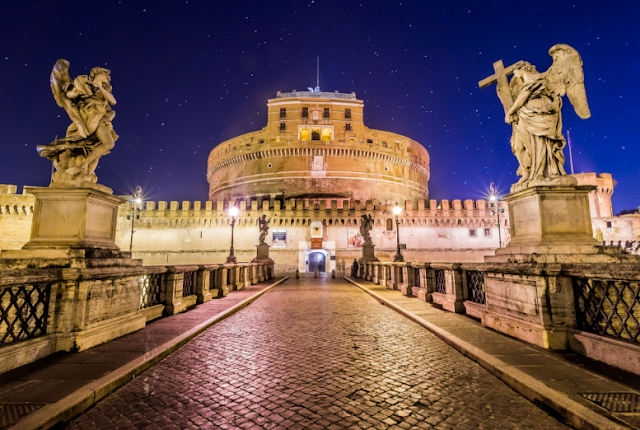 Every year millions visitors visit the Rome from all over the world to view the beauty of Rome which is one of the most beautiful city of the world. It is city of seven Hills. It is capital and most popular tourist attraction of Italy.  It was ranked as 14th most visited city in the world in 2016 and 3rd most visited in the European Union. UNESCO has listed its historic center as World Heritage Site. Its best tourist destinations are Vatican Museums and Colosseum. 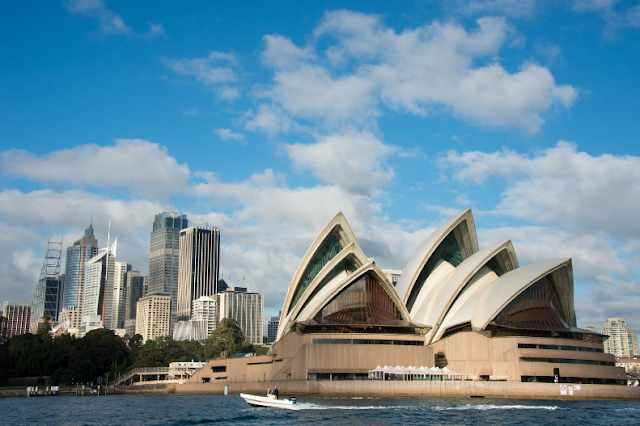 This beautiful, oldest and largest city of Australia is surrounded by natural national parks and is known as Harbour city. Ocean coastline and sandy surf beaches make it more attractive. Sydney opera house and Sydney Harbour Bridge are famous all over the world and are known as iconic structure on this planet. Top tourists attractions of the Sydney are 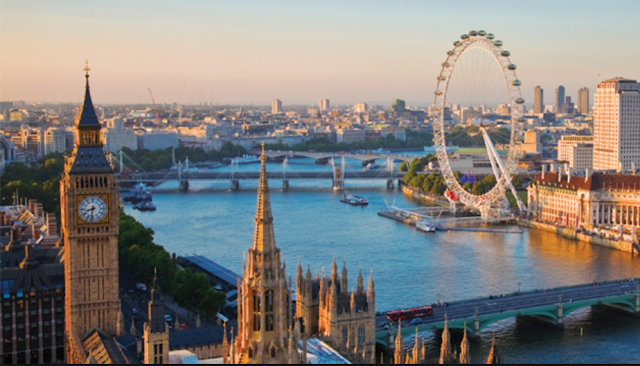 London is one of the oldest and greatest cities of the world and is capital of United Kingdom. London is one of the biggest cultural centers of the world and it has delivered the great art and culture to the world. It is the leading global city in commerce, arts, entertainment, education, finance, fashion, healthcare, tourism, research and development, professional services, media and transportation. It is the fifth largest metropolitan area GDP in the world. It is the world’s most visited city. London has the oldest underground railway network in the world.  UNESCO World Heritage sites of the London are 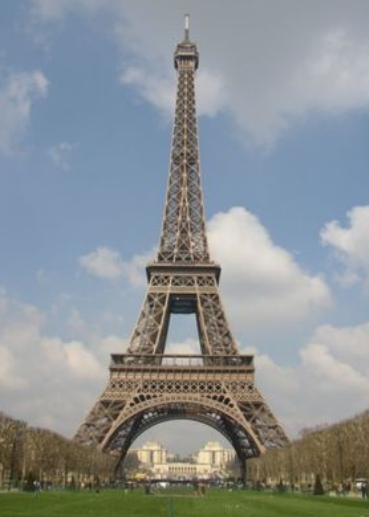 France is the land of wonders and one of the largest community of the tourist visit France from all over the world. Every year more than 82 million visitors enjoy the France tour. France is known as one of the most beautiful country with a rich history, world-class grape producing vineyards, , iconic art intricate architecture and a deep passion for life. Sophisticated culture and an intoxicating romantic ambiance appeal every tourist to visit France. Paris is one of the most popular tourist destinations of France. Eiffel Tower one of the 7 wonders of the world is in Paris. Paris has become the Major center of commerce, finance, fashion, arts, and the science of France as well as of Europe. Paris has great museums and architectural landmarks and in 2016 its museum Louvre was the most visited art museum in the world. River Seine and some other parts of the city are UNESCO World Heritage Site. Most powerful attractions of Paris are Eiffel Tower, Louvre, Notre-Dame, Musée d'Orsay, Luxembourg Gardens and Le Marais.
Best places to visit in france are 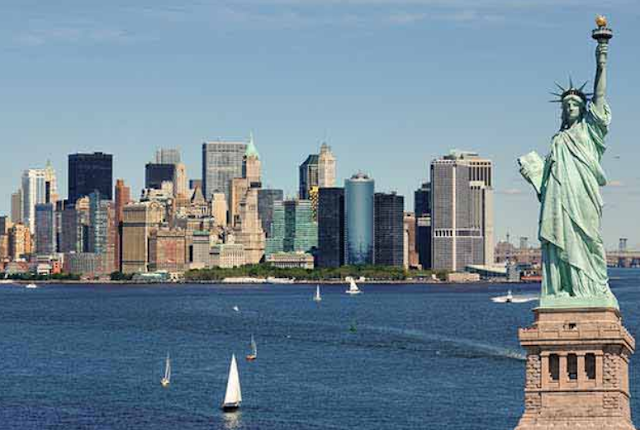 Florence is popular tourist destination of Italy and Historic Centre of Florence was declared a UNESCO World Heritage Site in 1982. Florence is considered the center of Art and Architecture. 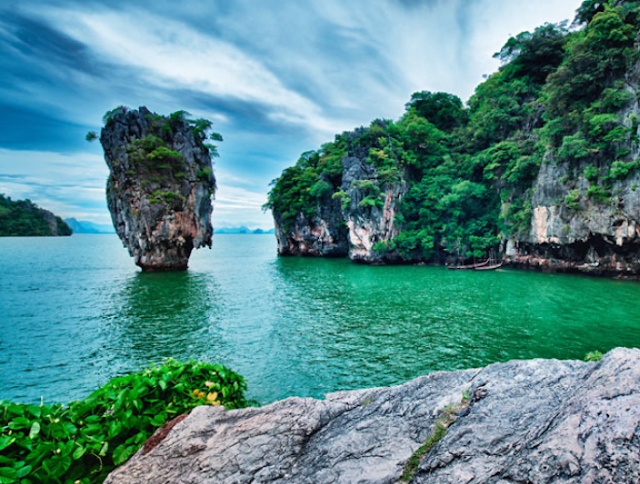 Indonesia is a country which have 6000 inhabited islands out of 18330 and  167 active volcanoes. Indonesia has most wonderful and beautiful beaches and locations of the world. Indonesia also has the area which have larger forests of the world. scuba diving and snorkeling spots are main activities of the Indonesia. Award winning destination and most popular island "Bali" is also situated in Indonesia. Friendly behavior and magnificent culture of Bali forces the tourists to visit this stunning destination
Most attractive most beautiful and most visiting places of the Indonesia are 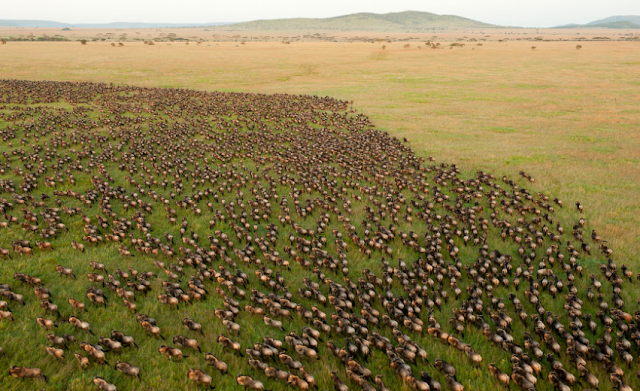 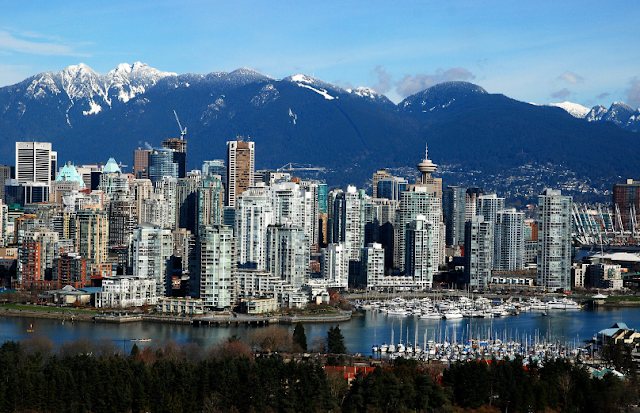 Vancouver  is a Canadaian  coastal seaport city  situated in the Lower Mainland region of British Columbia. It is one of the top five cities for quality of life. It is world class city which offers both outdoor adventure facility and sophisticated amenities facility to the tourists. 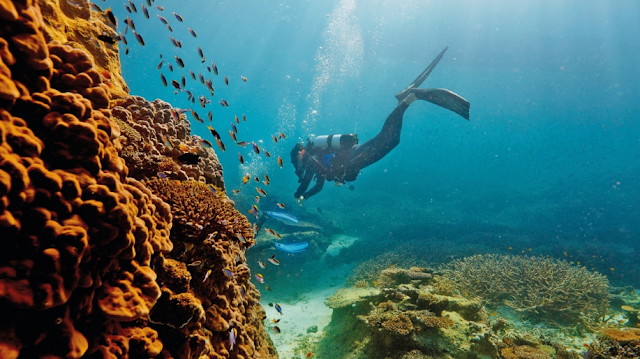 Great Barrier Reef is one of the most unforgettable natural treasures. It is one of the top tourist destination of the Australia.  Top activity of this location is diving in clean and clear water.  It is UNESCO World Heritage Site 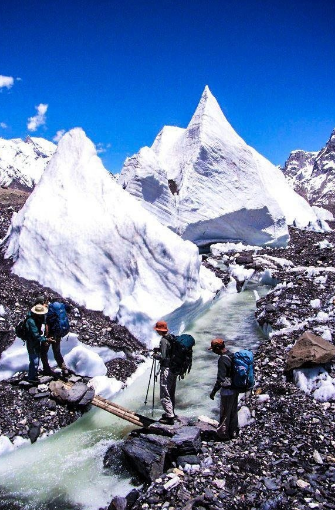 Northern Areas of Pakistan are known as Heaven on earth because thease areas are unique in their beauty. World’s highest peaks, glaciers, forts, museums and resorts are located in these areas. Beauty of these areas is untouched and unspoiled. Some of the remarkable tourist destinations of these areas are 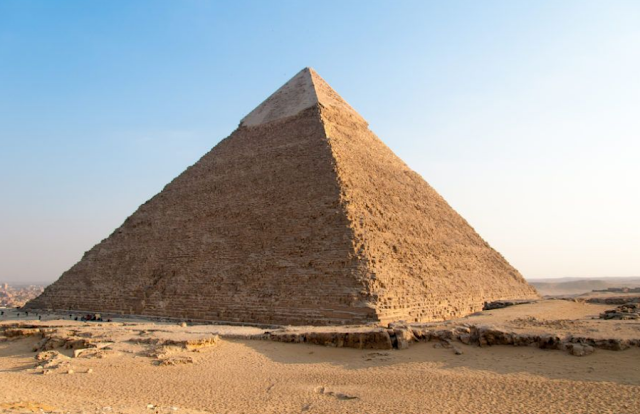 These Pyramids are greatest art of engineering. Man wonders from 4000 years that however is it potential to create these pyramids. First Pyramid was built in 2550 B.C. by Pharaoh Khufu that is that the largest pyramid in metropolis having height 481 feet (147 meters) higher than the upland. A large number of visitors visit this mind-blowing location. Engineers and Builders have a lot to learn from these Pyramids.

The Great Wall of China 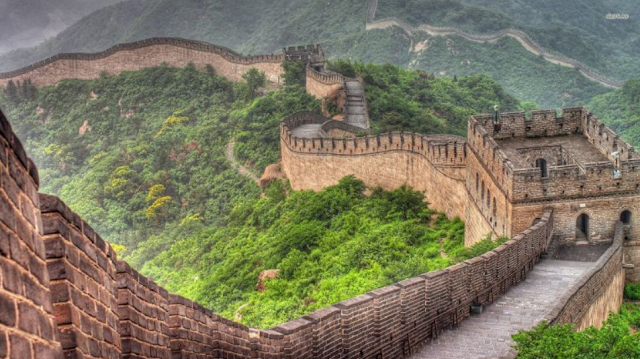 Who will delist the nice china wall from best and Favorite historical places as a result of Greatest Human exploit in History. . it's United Nations agency World Heritage Sites and one among the " Seven Wonders of the World". it'sthe longest wall and greatest sight within the world and therefore the most powerful tourists attraction in china. concerning 70000 individuals travel this nice china wall daily and Badaling is that the most visiting purpose that is simply forty seven miles from Peiping and takes but two hours to succeed in. within the history of building construction it's the project of greatest price and of longest period. totally {different|completely different}|completely different} states engineered its different areas to guard different territorial borders. it'sthought-about that 1st Emperor of Qin Shi Huang (ca. 259–210 BC) began to engineered the nice china Wall. it'sfive to eight meters( sixteen to 26) feet tall and is planned a minimum of three times to the peak of a person. it absolutely was engineered for defense purpose. 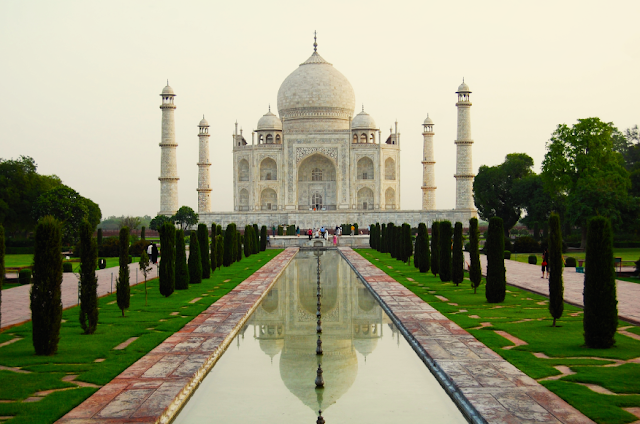 India is the combination of traditions, culture and vivacious geographies.  People love and like to visit the land of India which have beautiful beaches, deep sea, great mountains, beautiful valleys and vast Desert.  "Taj Mahal" One of the seven wonders of the world  and symbol of love is also situated in India. Taj Mahal is also known as "Symbol of love" and is most beautyful building of the world. 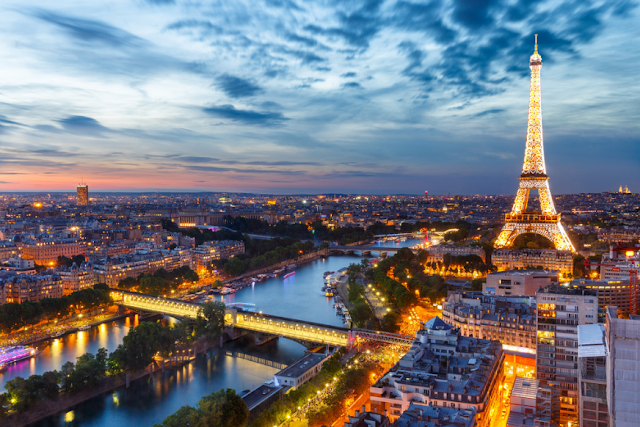 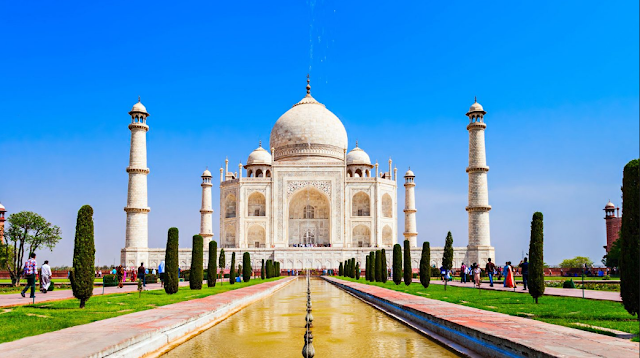